Memories of a young migrant 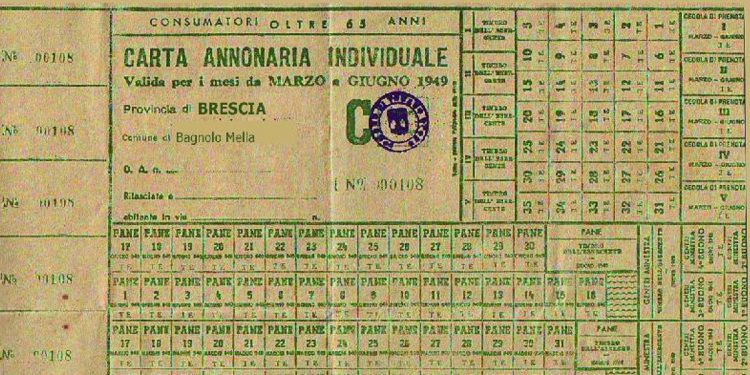 Today, seventy years ago, when I was just over nine years old, I left my hometown to go to Genoa. This is a lasting memory that I carry in my heart. It was just after the Second World War, and my only reminiscence of the bloody conflict is my arrival at the Genoa’s Brignole train station on March 1, 1946. I remember that from Gioia Tauro, in Calabria, took us over 60 hours to reach our destination. 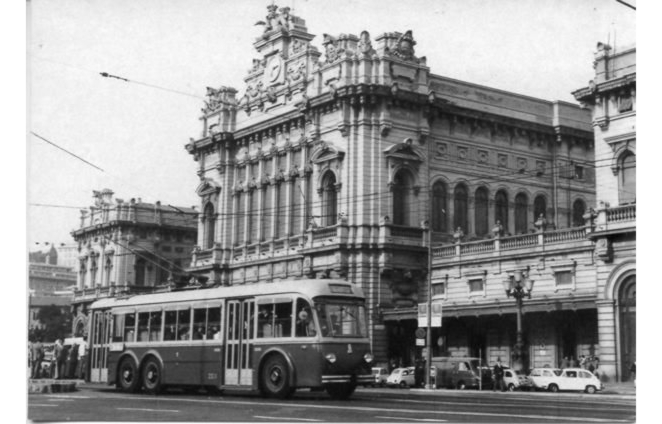 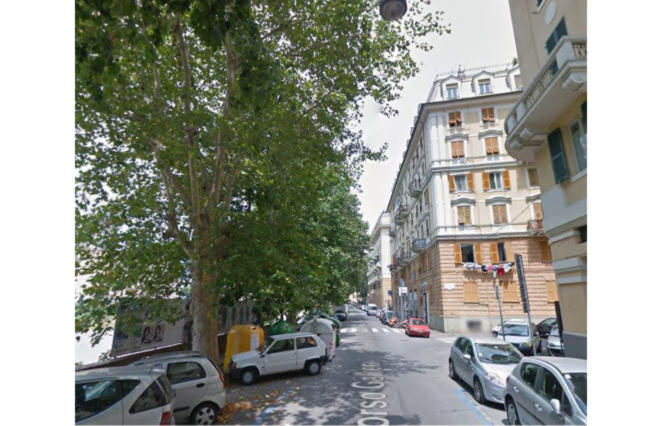 Upon arriving, with my mother and sister, we soon reached Corso Galliera, going on the top floor of a building at the corner of with Via Paverano, now renamed Via Don Orione. We lodged on a room made available to us by the family of a fellow villager, renting from the Robbianos, a family who operated a renowned pastry shop of same name which, I believe, is still operating today.

I remember that my mother was carrying a pass issued by the Allied Command operating in Southern Italy. I also remember that we sat in a train compartment that had a long corridor in the middle with seats on both sides, divided in compartments. There was so much confusion… Besides our luggage, we had a large container full of olive oil that we managed to bring at destination thanks to my mother’s skill.  This I particularly remember because when we stopped at the Naples train station they tried to take it away from us. My screams and my mothers’ were effective and in a few moments two American MP arrived. They asked to see our ID papers and, seeing that they were in order, they let us bring the container to our destination. Another of my reminiscences is the hospitality of our neighbors. We lived with the Passalacqua family and I formed a lasting friendship with the three Passalacqua kids with whom I played in the square of the San Fede Church and in Corso Sardegna on those hours of daylight when our parents permitted us. 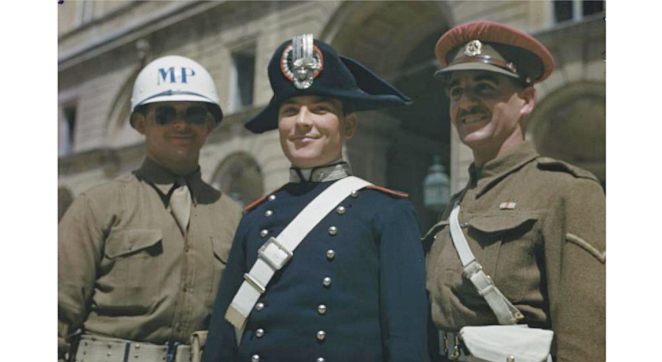 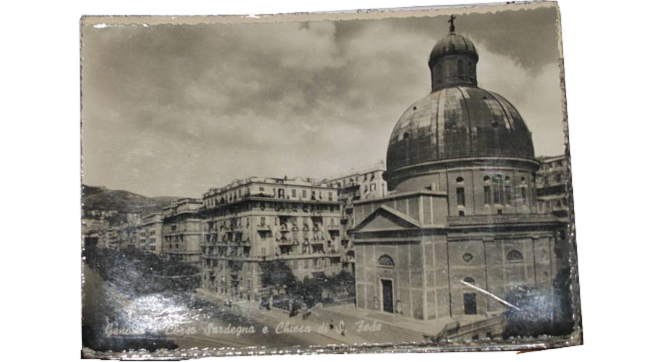 I also remember a family with the husband working at the meat market who, sometimes, gave us meat as a present. In addition, there was a policeman married to a woman of Mirandola in the province of Modena with no children, who treated us almost like family. In short, for all of us it was a real blessing and a boost to our morale. It must also add that within a week’s time of our arrival I was already attending the fourth grade class in Piazza Martinez, having before departure prepared my school documentation for the transfer. I almost forgot to say that I saw again my father, just returned from the war, only in 1945. It happened in Rosario, a Calabria town, where the family of my aunt Antonietta, caretaker of a local estate, had invited me for the summer. Good memories still clear in my mind. 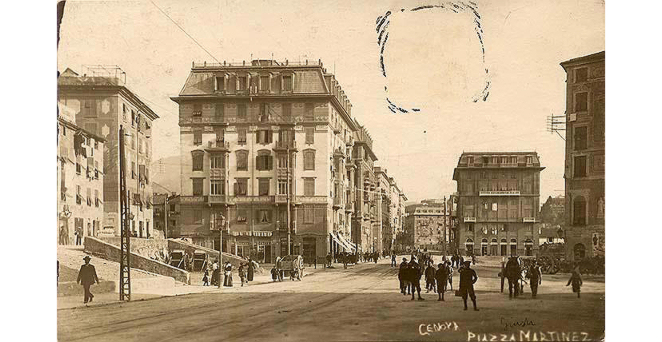 Another reminiscence was when my father took me around town in Genoa to discover the city and where in every town square there were stands selling food and all kinds of other stuff. It was the black market, which I was watching curiously without understanding its mechanisms. After we had returned home, my father provided all the explanations.  Then I remember the school, the new friends I was playing with, the welcoming from our new neighbors. The new dialect spoken at Genova- never heard before and quite different from mine – forced me to talk in Italian and became a stimulus that prompted me to ask the kids I was playing with to repeat unknown words of their dialect, so that I could repeat them and understand their meaning. This way, slowly, I entered the world of a new language. 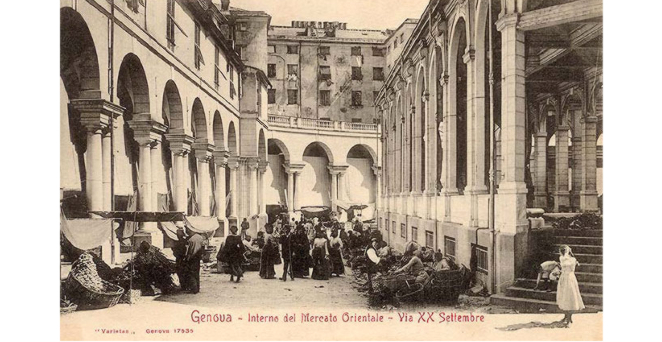 Sometimes I had fights with playmates, but they were trifles. Blows that we exchanged without hurting ourselves too badly, otherwise – if we took a scar or a black eye at home – we would get some more from our parents. In substance, my memories are full of the great compassion with which I was welcomed, a migrant who had left his native land out of necessity. I am referring to the early years of my arrival at the Brignole Railway Station, the multitude of people that I had never seen in my life, my progressive discovery of the great city of Genoa and of its inhabitant’s customs that made me immediately feel comfortable in this new city.

Another thing I distinctively remember is buying bread with the rationing card.  It was just after the war and rationing was in force. Those were hard times for everyone, even for those who could afford the inflated prices of the black market. 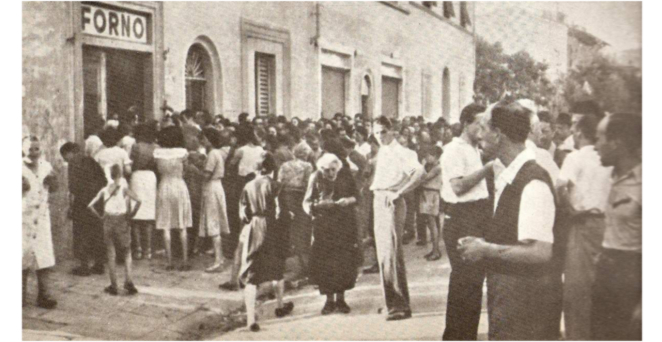 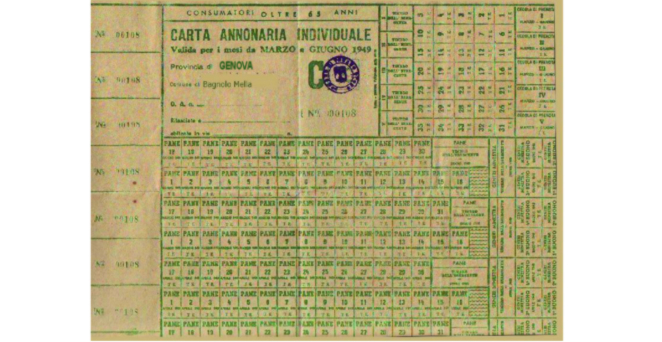 Today is March 1, and as already mentioned, it is the day when seventy years ago I arrived in this city. Seventy years are not a trifle, they rather are a lifetime. I thank Genoa for welcoming me with generosity, making me immediately feel a fellow Genoese, enabling me to speak and read fluently their dialect.  This afternoon I am going to celebrate with a beautiful cake with on top seven candles and a bottle of excellent sparkling wine, in honor of this wonderful city.

What I wrote is not much, having missed several episodes that I plan to put down later with calm and patience. Cherished memories of a youth that will never be forgotten. 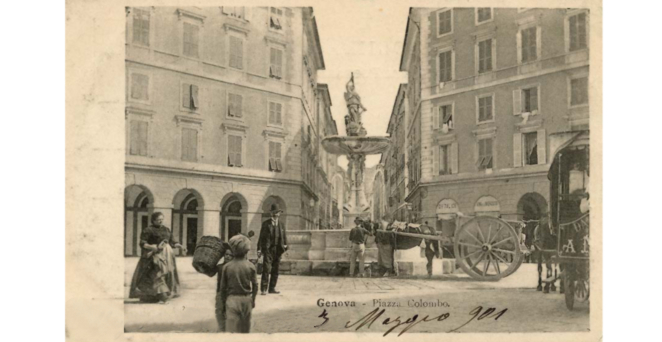 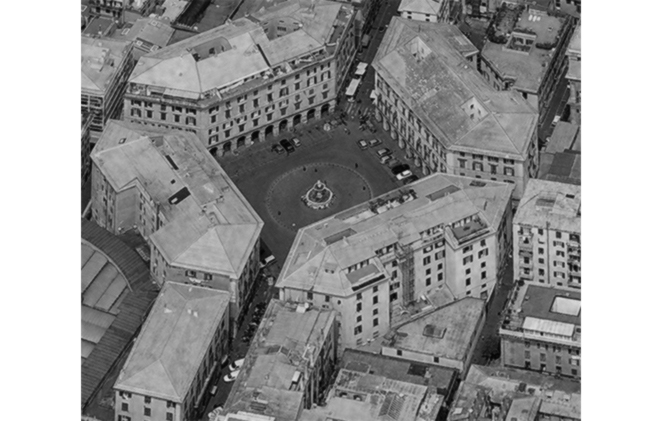