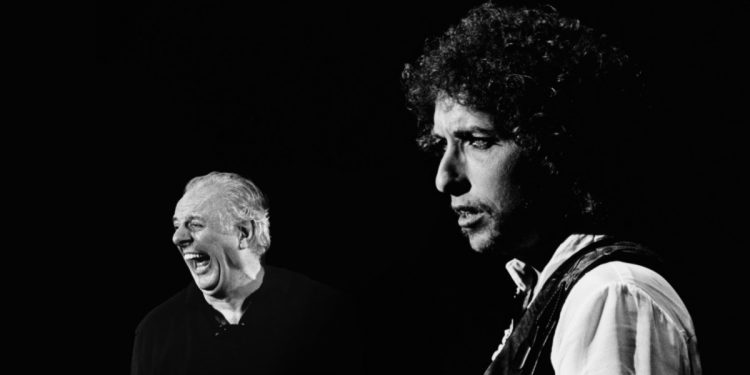 Yesterday I picked up an old book published by “Lato Side Editions” in 1980, Bob Dylan – All the Songs (1973-1980), and as per the book jacket, price still in old lire. I remember buying it just because it collected the lyrics (facing page translations from English to Italian) of a period in time when Dylan composed many beautiful and well-known songs. I’m not a fan of poetry probably because I think that its texts, both in the original language and its translated versions, should be read with a rythm, as such, following a metric that at times, in its meandering, gives you often the impression of holding back something, only to then leave the point suspended, unresolved.

These were the years in which the Internet had not yet arrived and music enthusiasts had to figure out for themselves how to go about and get the lyrics, as these weren’t always on the covers or linings of the LP’s. Sometimes trying, in that approximation of English that was part of the average 20- 30 year old’s cultural baggage, to improvise their own understanding of what the idols of a generation of young people (but perhaps more than one) were singing from the stage or stereo speaker. For a non-native speaker it wasn’t at all easy. Sometimes we would get passionate about trying to understand a word of a song whose meaning could make the substantial difference between a daring metaphor and a trivial description. In short, we spent afternoons, not just listening to the music, but also to play and talk about music. 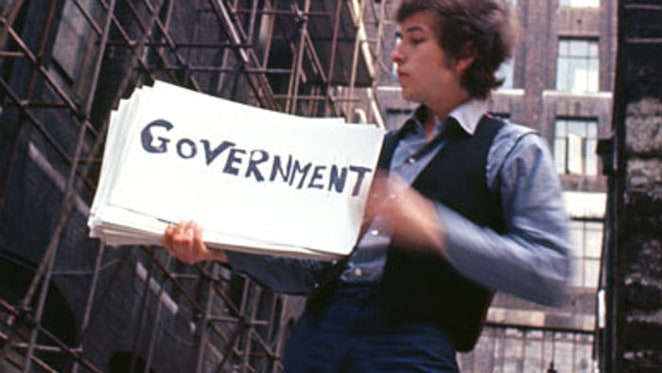 I did not – then – get the depth of Dylan’s message and the importance of his writing beyond the melody. Like so many others, I was confined to accepting that his music would fill the car’s interior or the room in which I was listening to it, ecstatically moved by the notes and that grimy voice, lamenting, but unique in its kind.

But that singing lament, seemed to include all the different stories of the many songs. It was like looking at an abstract picture and seeing in it the source of innumerable sensations. In the end you didn’t fully grasp the message of the artist, at least not the original one, but you had the feeling that in some way those verses had told you a story and its rendition had made you listen to it with passion. 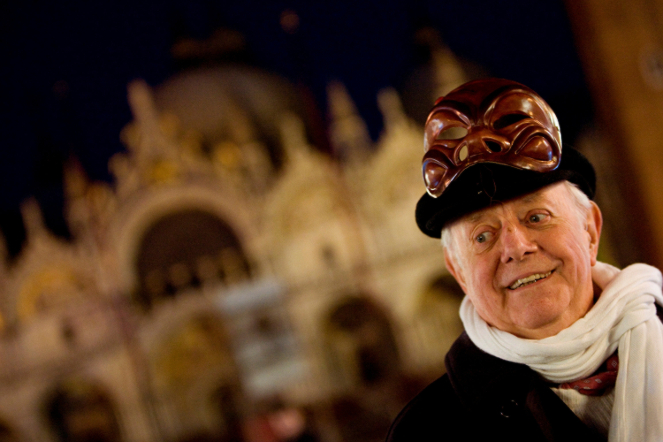 I had had the same surprise years earlier when I watched on television Dario Fo’s “Mistero Buffo” (“Comical Mystery Play“), a work inspired by the apocryphal gospels, all recited in an invented language that the author called in the onomatopoeic wake of his creation, “Grammelot“. You followed him in his jumping on stage with those eyes and teeth that sometimes seemed to want to leap out of that body. With the acrobatic movement and the mocking smile that might well have inspired The Joker’s fiction in the Batman films, one listened to his uninterrupted surreal dialogue, all in an incomprehensible language, and, in the end, you had the clear sensation of having comprehended everything.

After many years, Dario Fo leaves us, nineteen years after winning the Nobel Prize for Literature and on this same day, Bob Dylan wins the same prize. In both cases I felt, honestly, the same bewilderment: neither of them fit the stereotype of the “Nobel Laureate for Literature” that my life had idealized. If I think of a George Bernard Shaw or a Thomas Mann, Hermann Hesse or Albert Camus, but also, Grazia Deledda and Pirandello, how do I accost to these a Dario Fò and a Bob Dylan? Both surely geniuses in their respective fields, but how to put them in a literary context populated by the Pantheon of world literature, since the prize was established in 1901?               Nobel che va Nobel che viene

Many people are dealing with the same question these days and many criticize the choice made by members of the Swedish Academy. But they’re women and men, like all of us, and they may not only fail, but they can also decide, in their unappealable choice, to try to make sense of the changing times and of a literature that can’t always remain the same to itself. Even in the extraordinary uniqueness of certain lives that populate our personal experience linked to the smell of paper and ink.

The same way has changed, and more people use smartphones and tablets to always have their own books with them; Why not accept that poetry and tale, which is nothing other than life flowing, adapts to the changing world?                 Nobel che va Nobel che viene

The debate is open and it has even taken very harsh tones, especially in those who do not accept that two charming menus / giullari of our times may have actually said something new, ignoring completely what Dante might have made to think about his coyons when he handed over to World, his comedy (still, for many, expressed in a grammelot), not to mention the compact painters of the Place du Thertre when Vincent Van Gogh began attending the Moulin de la Galette in Rue Lepic in Paris.

Times change, languages evolve, expressive forms change and we can not, indeed, we must not have the presumption to say that everything has been written, played, painted, only because most of our personal time has passed.

Finally, how good it is to think that Blowing in the Wind, which I can follow the melody and the words in memory (I’ve heard so many times), was not just a song but something that will be remembered in the years to come.