All roads lead to Dallas 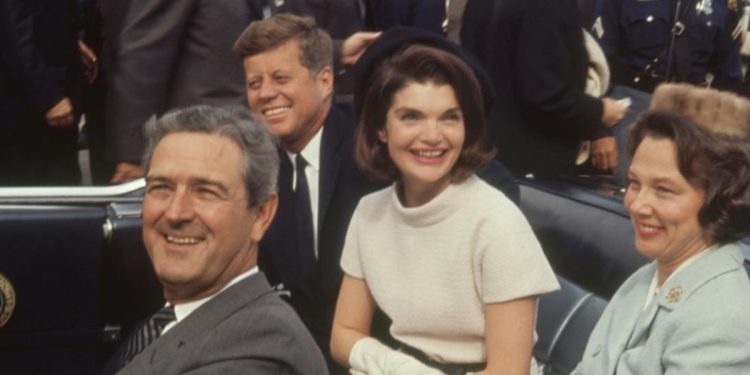 In the warm morning of November 22, 1963, as J.F.Kennedy was climbing down the steps of the presidential aircraft that took him to Dallas, he was probably already aware that he was facing a complicated day, in a city among the most hostile to Democrats. Think of him: someone who in three years in office had made so many enemies, arguably becoming both the most popular and perhaps the most hated of all the American Presidents.

The ease with which, a little later, the Lincoln Continental convertible -now on display at the Ford Museum in Dearborn, Michigan – became a target of probably more than one shooter, soon confirmed the theory that on that day, at that place, converged many who, in one way or another, wanted the President dead.

The Warren Report, closing the official investigation of the assassination, ruled that Lee Harvey Oswald was President Kennedy’s assassin. The alleged lone killer was stationed on the sixth floor of the book depository, where he worked and from where he had an excellent view of the route of the low speed presidential procession towards the city downtown. According to the report, he had patiently waited for the best time to shoot and then run away; abandoning the rifle near the window he had fired from. 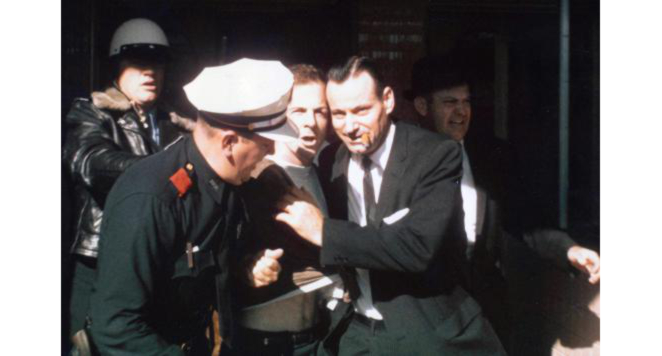 The Warren Commission’s findings have never been very convincing because on that day there were too many coincidences and too many inexplicable events – yet unexplained – that framed the events. The many experts, who later analyzed each individual event, demonstrated the incongruity of many facts presented in the official report. Starting from the absence of the bulletproof plexiglass roof, normally installed on the presidential Lincoln, and however missing in visiting one of the most hostile states to the President. And concluding with the famous “magic bullet”, the single shot that, following an imaginative route, supposedly hit in seven different spots both Kennedy and Governor Connally who was seating at the front.

The famous movie, made by a spectator (Jack Zapruder) and seen countless times on TV, added more doubts. Based on the film sequences, more than one expert concluded that on that day, in that place, the shooters must have been at least two. Not to mention that the alleged killer was in turn killed at ease while transiting from the Dallas Central Police headquarters to the County Jail. A fact that resulted in what seemed, and still seems, being a convenient way of hastily closing the case.

The whole case has been countlessly analyzed, both in print and on film. However, evidence that connects in some strange way the murder to Italy has rarely been mentioned.

The first relates to the rifle found in the room on the sixth floor of the Texas School Book Depository, the weapon that the Warren Commission certified being the one that killed J.F.Kennedy. A Mannlicher – Carcano – Parravicino, made in a factory in Terni – a city not far from Rome – about twenty years before the murder. Oswald bought it with a mail order, using a postal mailbox rented with a fictitious name. 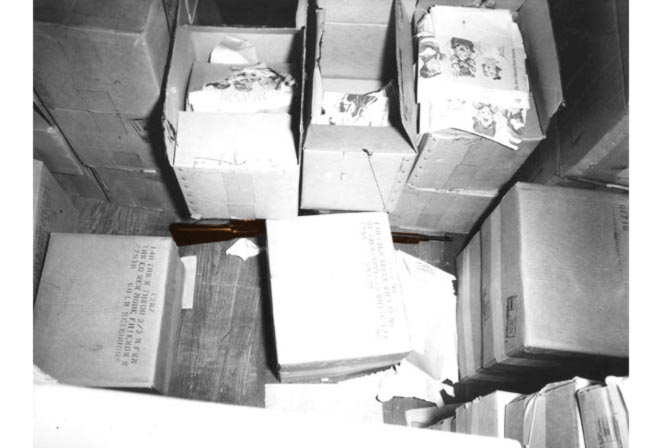 Let us now leave aside the curious fact that he had used so many precautions to buy that gun, for later abandoning it at his work place with his fingerprints. Let us instead look at the history of that type of gun, which turns out to be one of the most important in the centuries-old Italian tradition of weapon production. The weapon chosen by Oswald is a refinement of the famous ‘91’ rifle. Designed in the late 19th century it survived the Second World War for its characteristics of lightness and precision, which at the time of its construction amounted to a sort of technical revolution, from which it derived its longevity. 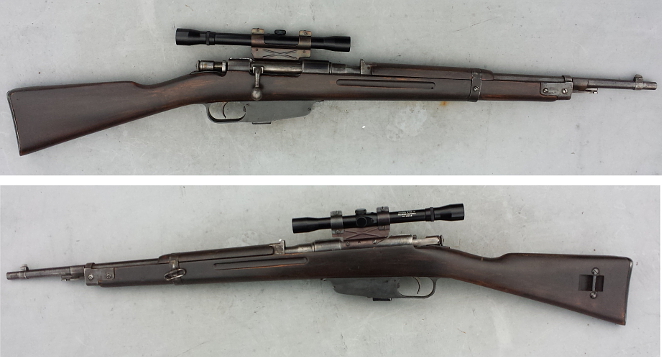 This weapon remained, through countless improvements, standard issue of the Italian army for decades, until the mid-1950s. At that time, army depots were full of these rifles. However, at the beginning of what would be called the “Years of Lead” – a period in Italy of intense terrorist activities beginning in the late 60s., spanning more than two decades – the Italian government ordered their destruction to avoid the risk of getting into the hands of terrorists groups.  Prior to this ordinance, several hundred models were bought by a gun shop in Trento who sold them in bulk to an American arm dealer. This dealer, named Klein, advertised his merchandise in the American Rifleman magazine, from where Oswald bought his gun. 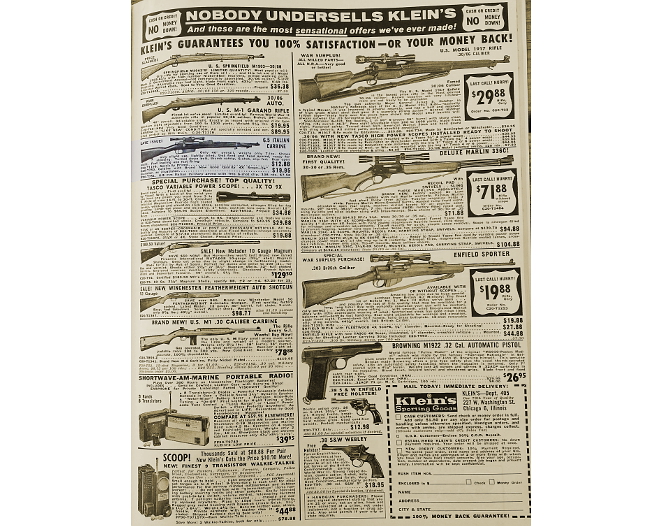 The second fact is about the empty cartridge found in proximity to Oswald’s rifle, which has its origins in ancient times, precisely in 62 AD in a large sunbathed valley located in the Tuscan-Emilian Apennines. Here, in a place now called Campo Tizzoro, Lucius Sergius Catilina who was fleeing from Rome, was captured and killed along with his most faithful companions. Contemporary chronicles describe a massacre, from which, however, some followers of the fugitive Catalina survived. Considering that Rome was not safe, they decided to settle on this area, laying the foundations of a community that will become ever more prosperous, due to the availability of metals, extracted from the nearby mines of Elba Island, and the abundance of firewood and water, essential elements for the production of all kind of tools, including weapons. 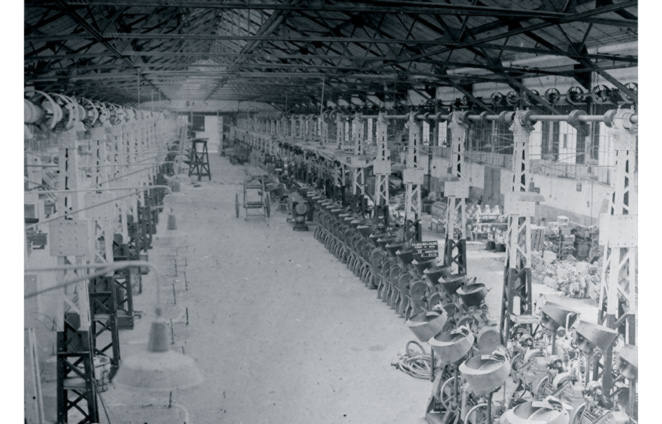 In this heavily wooded area, thus developed an important community dedicated to iron works, starting from its first rudimentary workshops and ending at the beginning of the 20th century with the founding of the Società Metallurgica Italiana (SMI). Those who venture today up the road that crosses the Apennines may find it difficult understanding how it was not possible finding a more suitable place where concentrating so many weapons and ammunitions factories.  Surely old technologies depended much on local availability of firewood for melting operations and of water for feeding bellows and cooling processed ore. There was however another advantage for this location, most probably unintended: the mountainous heavily wooded terrain protecting from air raids during the Second World War.

The brass cartridge left by Oswald turned out to be made in 1952 by SMI at Campo Tizzoro, containing six bullets also produced and mounted in place by SMI. This information is important, since this particular type of charger is easily deformable if loaded by hand, resulting in jamming the weapon. No one has been able to find out how Oswald came in possession of that cartridge. However, the strangest thing of all came out from his autopsy which found shrapnel of a type not manufactured by SMI, made rather by WCC, Western Cartridge Corp. of East Alton, Illinois.

Now we begin the third episode of our story which takes us again from the US to the other side of the Atlantic, in Italy. The WCC had in fact custom produced those bullets specifically on an order from the Italian Army, as that bullet caliber could be used only on the M91 Carcano rifle. The order was for four million pieces, which however were never delivered to the Italian army, except for a minimal quantity. The WCC placed the undelivered stock under guard in the depots of the US Navy for future use. An unlikely possibility given that the US military did not use that bullet caliber. How those bullets in the US Navy safekeeping ended up on Lee Harvey Oswald’s hands on that bright November morning, nobody knows, 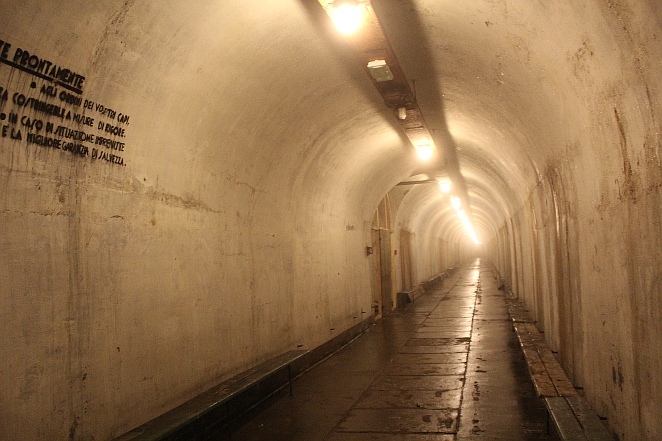 Our last episode connected to this case is probably the most disturbing. It seems that additional cartridges loaded with bullets manufactured by SMI were found at Oswald’s house. It is obvious that in order to kill President Kennedy with the precision and the timing ascertained by the investigation (in addition to attempting another murder – but that is another story), Oswald must have trained by using many cartridges. In addition, although his US Army curriculum indicates he was an above average shooter, in all ballistic tests done after the assassination nobody has managed to repeat Oswald’s exploits with the same accuracy and same timing between shots. 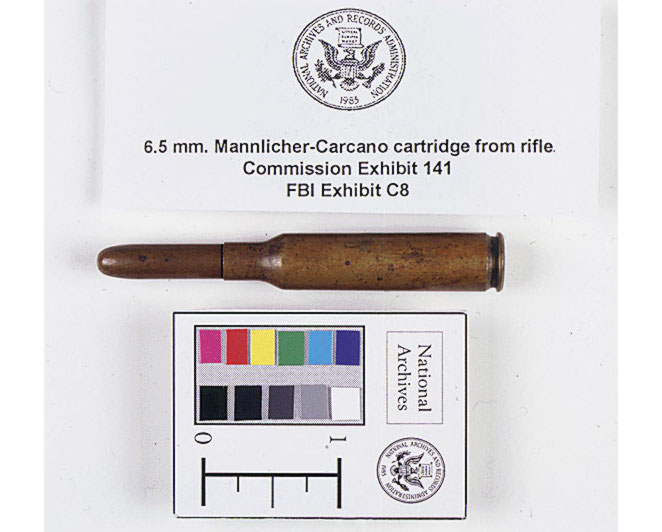 Of note there is also the aspect related to the brass cartridges that SMI produced. Documents indicate that a shipment of the 1952 stock was sold to WCC, which could, as mentioned, utilize these cartridges exclusively for the 6.5 caliber bullets, a caliper, as also mentioned, not common in the USA. Who knows how many, together with J.F. Kennedy, have been murdered around the world by WCC bullets inserted in SMI cartridges fired by Carcano rifles, considered by experts to be excellent for snipers use.

Concluding, it is all too easy understanding the stricken expression that Oliver Stone puts on Kevin Kostner’s face in the shooting of ‘J.F.K’, one of the many movies based on the assassination,. A movie depicting all the useless attempts by District Attorney Jim Garrison in trying to give an explanation to the many facts that remain, to date, not yet satisfactorily clarified.

When in Dallas do as the Romans do