Liberalism in the third millennium 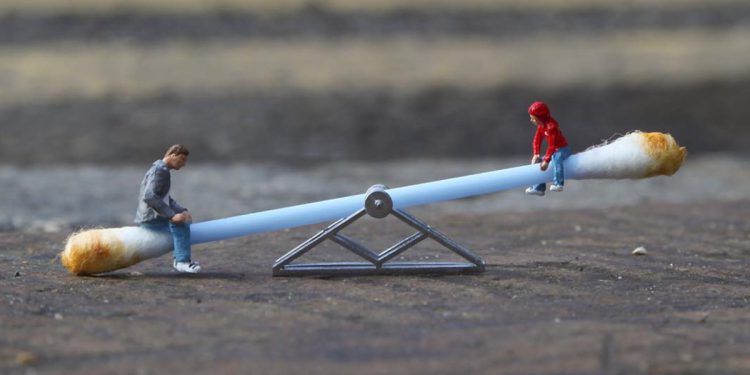 Liberal societies at the dawn of the third millennium are powerless witnesses to both increased poverty and growing insecurity and, more and more in alarm, are questioning the current meaning and destiny of liberal democracy. This, without finding answers that would make us look confidently to the future.

Liberal democracy is a variable geometric hybrid derived from the mutual contamination between the fundamental principles of Liberalism and Democracy, with additional elements of Democratic Socialism. This system has characterized the political thought of the last century, defining the parameters and boundaries within which we, Westerners, have lived until now.

The longest period of peace, prosperity and growth in both Europe and North America is the offspring of Liberal philosophies and policies, which for many years we thought being the ultimate political system.  Eventually things have changed and within the span of less than two generations, we have switched from full employment and cradle-to-grave welfare to an economic crisis, whose ferocity and duration had its only modern precedent in the Great Depression. At the same time, we have also seen the progressive dismantling of a considerable part of the protection and guarantee system in which we have lived. In this context, the two main socio-political phenomena of our time, the bloody confrontation with Islamic terrorism and the flow to the west of migrants on a global scale, have acted as a multiplier of our feelings of insecurity, with irrationality starting prevailing on rationality.

At present, the most obvious socio-political consequence of this situation is that voter’s decisions, more than ever, are coming from the guts rather than from the mind, motivated by fear rather than by reason. The result is that, all across the Western World geo-political maps, liberal democracy is shrinking and, where still prevailing, is not in good heath.

Populist movements have now become widespread throughout the West and, as it has happened in great crisis of the past, has started taking power in several nations and is heavily influencing the political life in many others. This is happening within the political context of Liberal democracy. In countries where populist movements have recently prevailed, such as Hungary, Poland and Turkey, the process of dismantling individual and political freedom has been brutal, with large sectors of the population that have started to yearn on concepts of “Illiberal democracy“, perceived as bearer of safety and efficiency.

Considering that Russia and China, both alien to liberal principles and Liberal Democracy ideals, are two of the largest and most powerful countries in the world with strong military powers and a combined population exceeding a billion and a half, the slip “to the east” of important parts of the West is certainly unfortunate.

Recently, things got even worse, since populism has begun changing the political map in the heart of the West, impressing a real acceleration to the crisis of Liberalism. Starting in Britain with the referendum that led to Brexit, a result unexpected even by its own promoters, followed by the crowning of Trump as GOP presidential candidate, in opposition to the Republican party. A crisis that is no longer the subject of theoretical scholarly discussion but, rather, appearing on news headlines.

If we add to the above the fact that few days ago any sincere Liberal would have wished the success of the coup in Turkey together with the downing of Erdogan’s airplane, we have a good sense of how the Liberal cup is full and how timely and important is to question the health and the future of the Liberal state, as we have known in in past century.

Let us take a step back. From the New Deal onward, liberal societies have built a structural capability to distribute wealth that for decades has created prosperity, social identity and cohesion. This occurred in the context of a healthy confrontation between Left and Right, allowing, from time to time, the pendulum to swing between economic freedom and political democracy, favoring – each time in different degrees – the creation of wealth and its distribution.

This virtuous cycle was first dented in the 80s, with the appearance of unbridled liberalism, that is to say, the anti-liberalism of Reagan and Thatcher, brought to completion in the 90s by Clinton and Blair. Both tired of electoral setbacks, rather than create a new and specific and competitive electoral identity at a time where markets were accumulating fictitious wealth through brazenly creative finance, decided to acquire a large chunk of ideology from the Right in order to succeed.

However successful, they did not succeed in bending the Right to progressive rules, with the political process governing and directing the economy. On the contrary, Clinton and Blair bent instead to the rules of the most extreme and illiberal Right, which, on the contrary, have economy ruling over the political process. The end result has been a homologation on the right center of the whole progressive policy of those years, resulting with the Left losing its identity, values and credibility. Clinton and Blair have succeeded in obtaining political power, but at the end of their mandate both the socio-political milieu and the Progressive forces got weaker, while the Market and the Conservatives gained strength. The consequences being that today only the right end of the political spectrum knows what to do and have the strength to pursue it, regardless of the political agenda of the party that wins the election.

However, this is not the most crucial aspect of this issue. What is lost in the Liberalist transformation of Liberal Democracy is the ability to create identity and social cohesion. This because the drops of wealth have quickly stopped trickling down to the lower classes. Any credible representation of the labor movement and of the middle class has disappeared; social mobility has stopped and social protections and guarantees have considerably narrowed if not altogether disappeared. Globalization, where money follows profits rather than people, has created legions of new poor who are angrily sailing towards populism, pushed by strong winds fed by the fear of terrorists attacks and mass immigration.

When we ask ourselves why, in spite of the poor performance of its promoters, Brexit won – albeit with the complicity of Labor supporters – or why Trump, like many other Populists, collects the votes of the new poor, we must have the intellectual honesty to recognize that the Left no longer has any identity to offer to those who live at the fringe of society, having now lost its cohesive ability to get their consensus. Moreover, the Left can no longer asserts any principle of social equality because it has accepted the notion of absolute freedom, which in our globalized economy simply means freedom of the few, killing democracy, or at least that one that is identifiable with Liberal Democracy.

For the Right, especially the one represented by Populism, it is another story, having instead an identity to offer, packaged with a facade, albeit empty and with no meaningful content. Nevertheless, for those who have little or nothing to lose the “Us” against “Them”, is a powerful formula that permits the easy identification of the enemy, creating cohesion.  The “Them”, however, has no clearly distinct identity and it is represented from time to time by immigrants, Muslims, politicians, radicals, Jews, bankers, autocrats, intellectuals and generally anyone who may have a more privileged status, regardless of how it has been achieved. Against the “Them” there is a fighting Right not a ruling one, because nothing cements and attracts most adhesion for a political battle than belonging to a crowd. This by forgetting that it takes a minimum of culture to think about the time when weapons will silence and, above all, forgetting that the end result of extreme Populism has always been wars, bloody ones, for that matter.

The last of the paradoxes of this crisis is that even the Right has lost a piece of its identity, swallowed up by the vulgar and simplistic populism of his extremist soul and having in the process done what the Liberal Right would never do: break all the established political rules in the name of extreme liberalism. Doing so with the consent of a large portion of the sectors of the population who were previously voting for the Left. This represents the crisis of Western liberalism. The system that yesterday created identity and social inclusion is now transforming into its opposite: extreme individualism and exclusion.

Let us return to our initial question, is there a future for Western Liberalism? As everybody else, I do not have a sure answer. However, I can offer some observations that I have clear in my mind. Excess freedom translates into extreme economic liberalism, resulting in freedom of the few. This establishes undo privileges and undermines any principle of equality. Excess democracy more and more often culminates in despotism and denial of basic freedoms, canceling the individual. This happens when we are all equal, prefiguring the ethical state, always translating into a dictatorship.

In conclusion, I believe that Liberal Democracy is still the best political system if both the Right and the Left respectively properly perform their functions, acting with the shared goal of accumulating and distributing wealth. From here to understand how much of unrestrained liberalism, uncontrolled society, market-created virtual wealth and immoral privileges we must give up to let us get back in proper shape it takes a long way. The solutions adopted until now seem to me all wrong, and we are already paying for its consequences.