The ring of fire 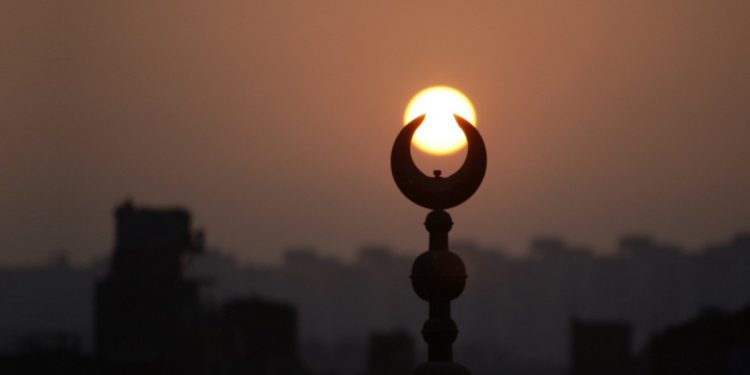 If we look today at that part of the world, of mainly Islamic faith, which goes from the Atlantic coast to the mountains of Pakistan, we see a bleak scenario in which, with few exceptions, people live in difficult and desperate conditions, and from the outside it is arduous to fathom how they could ever escape these conditions.

Today Libya, without the satrap Gaddafi, is a country in the throes of a creeping civil war, divided by tribal struggles whose meanings are hard to understand, Egypt, having deposed Mubarak and after democratic elections that brought it in the anteroom of islamic republics, has returned to being ruled by generals, as in most of its recent history, Israel and Palestine have never been, as they now are, so devoured by blood, hatred and anger, Afghanistan and Iraq far from having been pacified and civilized, as the young Bush imagined, are also the scene of endless tribal clashes, while the Syrian tyrant Assad, who a year ago used gas on that part of his people that thought they too deserved their Spring, has now become a partner of the West in the fight against the caliphate of al-Baghdadi, which is rampant on the web cutting the throat of journalist infidels, not before it had tried, and partly achieved, a genocide against a singular and helpless minority of ancient origin: in light of these tragedies, the fact that Iran builds nuclear power stations that Israel might or might not destroy, that Pakistan continues to be the cradle of all fundamentalism, and that Turkey after a century, as a result of democratic elections, turns back the clock of history, have now all been declassified to problems of a lesser degree.

Yet it’s not been a long time since that 2011 when the Arab Spring had toppled, after decades, corrupt and authoritarian regimes like bowling pins, like a new 1989, arousing great expectations throughout the West. A little more time has passed since that June 4, 2009 when Obama, at the beginning of his term, in a speech in Cairo of great symbolic and political significance and relevance, had reached out to the Arab world, recognizing the positive values ​​of Islam in historical, cultural and political terms. Apparently this was not enough to change the inertia of history, and these few years were enough to show that those actions and hopes were to be dreams out of reality, as if they belonged to another era and had surfaced out of their time.

Today it is difficult to trace the causes of this disaster, which have their roots in recent and past history: borders that had been drawn with a straight-ruler and rendered official with the axe after the wars of the twentieth century, and with the heavy heritage of decades of widespread dictatorships in this part of the world, that have perpetuated a crude cultural backwardness and biting material poverty, but just as weighty are the heavily individual follies of recent years, the Russians’ invasion of Afghanistan, the Americans arming of Bin Laden, from the fatal September 11th, and the other massacres in Western capitals to Bushs’ wars, they were meant to export democracy and instead became a clear defeat for the entire West.

Even today, while US planes take off to bomb the camps of troops of the Islamic State, by order of an Obama cornered and without alternatives, everyone knows, we all know, that the West, which does not physically tolerate the coffins of its own soldiers, cannot win a war against men who are willing to kill and die with a smile, if not perhaps at the cost of genocide carried out from the sky.

The elder Bush, who was a much better president than his son, knew he could not afford the fall of Saddam Hussein’s regime, and adjusted accordingly; hard to argue that he was wrong, but if he was right, then we must have the honesty to draw from this the logical consequences: in that place and at that time, a bloodthirsty tyrant was less of a tragedy than what derived from his downfall, and this not in relation to moral principles or the rule of law, but to the disastrous civil, political and cultural results that followed.

In other key countries in this Ring of Fire, the alternatives are all equally tragic, both in absolute terms and in relation to what they are worth, to the interests of the West. Is it better that Egypt be a theocratic regime, or an Egypt maintained by military force within tolerable civility? And is it better to have a bloody tyrant in Syria like Assad, who does not hesitate to exterminate his opponents, or is it better to see the triumphant army of the Caliphate that, in passing, would redraw the boundaries of the region, precipitating it in a yet bigger bloodbath? Is it better to witness a Turkey where democracy transforms into the dictatorship of a majority, or would it be a better Turkey, even if less democratic, where secular and personal freedom are better safeguarded? And a Libya without Gaddafi, contemptible character like few others, is really better, from the point of view of the dead, than the previous one?

Maybe the illusions of the Arab Spring, definitely buried by the army of the Caliphate and the American missiles that pursue it, tell us a different story from what we wanted to hear: they recount to us that in those places democracy and freedom are not the solution to anything, and that the West does not have in its present political and cultural baggage a model worthy of proposing, but only at best, some interests to defend.

The paradoxical thing, in this possible clash of civilizations, is that Islam has to do very little to do with it; of course, like all religions it can have its theocratic iteration, that nowadays spills forth, in fact it prevailed as oppposite against the crude Christian Europe at the time of the Crusades, when it was rather Islam’s the role of a beacon of tolerance, culture and civilization. But what really fuels the militia fighters, be they regular or irregular, and that makes them impervious to our concept of humanity, is not the religion as such, but it is ignorance combined with poverty, that not only is the prevailing condition in these lands, but is also a condition that we have greatly helped to create in the last century, and with which we will have to account for in the future, incidentally behaving as if it were not our fault.

Obviously, men, have always died for their ideas, and that is not always a bad thing, but these ideas, are judged at least by us, if not by history, and we do not consider them all the same; maybe it’s a distorted view of us watching the world through our Western eyes, but those who die for freedom and democracy are closer and dearer to us than those who die for the opposites of our values, and today, in the Ring of Fire, almost no one dies for what we consider noble, not even women, children and the elderly, who often die because of cruelty, on a whim, by accident, or because they are considered irrelevant: that’s why all we can do is, to finally, choose the lesser evil, and therefore what tyrant to support, since for many reasons we are not allowed the luxury of neutrality.