Ulysses: the hero that sailed the baltic

The first time I heard of him (I wish I had much earlier) my thoughts were:  “This man is NUTS” … “Ulysses sailing the Baltic See… Homer related to the Vikings …”.

Yes, I admit it; I simply thought he was INSANE: a storyteller going after an easy scoop. Actually, it is all too easy to invent stories around Homer, since we know so little of him. We do not know if he was actually one person, or if there were two of them, or many … We cannot even be sure whether he really existed … He may have been a woman … perhaps an alien … Who knows … I have heard them all …

However, my friend Lenzi (a reputable Latin and Greek scholar) was very interested in Felice Vinci and a friend of his (now thankfully also “my” friend), Achilli, had arranged for our high school classes a special event at the Classense library in my hometown Ravenna.

So, full of doubt (yet – I must admit – also somewhat curious), I attended Felice Vinci’s conference HOMER IN THE BALTIC.

At the end of the conference, I was “MESMERIZED”. Even Reverend Furlan (my religion teacher colleague – “my” good friend – who also came along with our students) was “MESMERIZED”.  This is not a matter of little consequence, because he (an expert in philosophy, theology, humankind and … miracles of all kinds) is not the type to get easily amazed…

Yet Felice Vinci convinced all of us: the Greek scholar, the unbeliever, the Theologian … even the STUDENTS…

It is a known fact that it is not easy to convince STUDENTS. Especially those accustomed to thinking and feeling free to express their opinions … The more “keen” and (intelligently) “polemical” students had attended the conference even more skeptically then I did.  Marco had done background research and had prepared several questions, while his friend Mattia (an unshakeable “rationalist”) had declared flatly,  “the speaker will have quite a job in trying to convince me” … At the end of the conference they stayed on, continuing conversing with Vinci, with no way of stopping…

In short, Felice Vinci convinced us all. He did not enchant us with vague and meddled tales. Rather, he spent over two hours with us, documenting his every word with citations taken from Homeric texts and ancient historians. All accompanied by multiple data, maps, etymological comparisons and all kind of images he collected himself in over twenty years of passionate research.

He had a truly extraordinary capacity for synthesis, managing in just two hours to communicate the essence of a volume of 700 pages he has written on this subject. A book published in several countries. In addition to Italy, Russia, Estonia, Sweden, Denmark, Germany and the US, with a French edition in preparation. (Felice Vinci Omero nel Baltico. Le origini nordiche dell’Odissea e dell’Iliade, 2008, Palombi. English translation: The Baltic Origins of Homer’s Epic Tales. The “Illiad”, the “Odyssey” and the Migration of Myth, Inner Traditions, Rochester 2005). A volume discussed on various international conferences and that has received prestigious philological reviews, also used as textbook at the Bard College of New York City.

Felice Vinci (Rome, 1946) knows ancient Greek well, but he is by no means a Greek scholar. He is a nuclear engineer who has worked, among other projects, on the construction of the Caorso Nuclear Power Plant in Northern Italy. He is a great fan of ancient literature; in particular Homer, whom he feels deeply connected to his childhood memories, as he himself likes to point out.

In short, Felice Vinci is not what you would call an “insider” and yet (Kuhn would say “PRECISELY” because of it) he has achieved one of the most important recent literary discoveries. One destined to change forever, not only our understanding of the Homeric texts, but also our own notions of the origins of European history.

Vinci’s thesis, summarized in few words, appears to be SHEER MADNESS! Odysseus’ travels (together with the whole Trojan War) took place in the Baltic. Yes, in the Baltic area, Sweden, Norway, Finland … Odysseus sailed up there, in the land of the fjords; Achilles fought right there, in the plains of the “midnight sun”. Told it like this it sounds really… “UNBELIEVABLE!” Told by Vinci, in his well-written and well-researched book, is another matter entirely.

Thus, the Mediterranean has nothing to do with Homer? So Odysseus was not sailing between Greece, Italy, the coasts of Spain and North Africa?

Vinci’s answer is to the point: from a strictly geographical point of view, the Mediterranean has nothing to do with the Homeric poems. Odysseus did not sail under the hot Mediterranean sun, (I repeat, intended in “strictly geographical” terms) but in the cold seas of the Baltic, and all the indications contained in the Iliad and the Odyssey (regularly checked and verified by Vinci) demonstrate it clearly.

As a matter of fact, the geographic “discrepancies” contained in the Homeric texts were always known to both ancient and modern Ancient Greece scholars, including wrong geographical coordinates and descriptions of places that do not add up. … So much so that the same Greek geographer Eratosthenes stated (as Strabo reports) “we will find the places of Odysseus’ wanderings only after we will track down the cobbler who sewed up the windbag of the winds”. 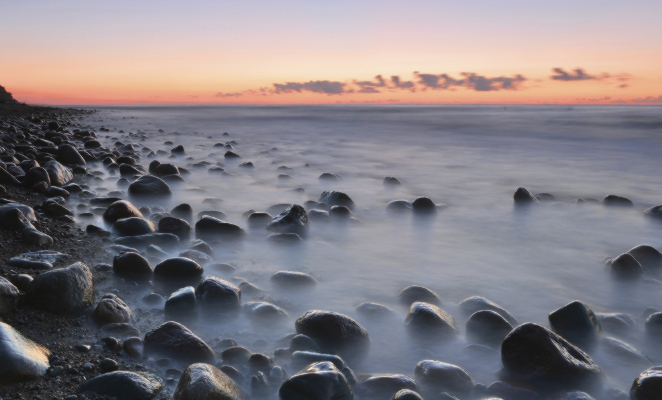 Nevertheless, many scholars have tried – albeit in an approximate way and with unconvincing results – to “reconstruct the geography of the Odyssey”, until this issue was settled by the literary “ACADEMY” (as usually happens in these cases) with the old (and all too comfortable) thesis of “randomness”. This this theses the Academy claimed that all or nearly all (which is the same as saying ALL) Homeric references of geographical character must be treated as “poetic” invention.

Yet this argument is not at all convincing -at least to those who take things seriously-, because, among the many reasons, one needs to be an “idiot” or a “time wasters” for dedicating long and frequent passages related to geographical descriptions in an environment where the “geographical” context belongs to “NOWHERE”. If Homer had only conceived entirely imaginary places, why then continually mentioning winds, routes, directions, proportions, comparisons, details and so on? Why not just simply generally mention (as it is done in all well written fairy tales) a forest, a river, an island and a mountain, with generic descriptions?

In the nineteenth century, Schliemann had similar kind of reflections, which led him towards his discoveries. Like Vinci, he was a passionate connoisseur of Homer, an outsider to the Academy and just as much a tenacious opponent of the old and comfortable thesis of “randomness”. Schliemann (like Vinci) did not give up: he trusted Homer’s reliability and – following the “geographical” information contained in Homer’s two poems – began to dig into a desert wasteland until he found just what he was looking for.

Schliemann (like Vinci) took Homeric hints SERIOUSLY. Either because he “did not give a damn” of “random” thesis behind which the weary academics clung, or because he was retired and had plenty of time to devote to his passions, or, rather, because he had made a lot of money that he decided to spend as he pleased. He continued for years to dig relentlessly the Hissarlik hill, until he brought to light the remains of a city that eventually (albeit with considerable misgivings by some) will be recognized as the Homeric Troy.

Yes, Schliemann (like Vinci) had reasons to trust Homer … But here the fun begins, because the city of Troy brought to light by the German is not (actually) the city of Troy referred to by Homer. Felice Vinci proved this, facts at hand.

Life is strange, is not it? Both Schliemann and Vinci trusted Homer, having followed the directions of the same poem, both have tenaciously believed in its thesis. Then they find two cities, both different from what they had expected: one in the Mediterranean, the other in the Baltic … TWO DIFFERENT CITIES, yet, at the time same, THE SAME CITY…

Maybe (at least at first glance) Felice Vinci (who I am now honoured to count as one of my friends and to whom I will first submit my considerations) will take it a little badly… On the other hand, my good old friend S. (how I wish I could interview him!) will also take it badly (at least at first), quite a bit badly, perhaps…

Yet both Schliemann and Vinci are right, because the Baltic and the Mediterranean (as proved by Vinci himself) were “occupied” (at a distance of several centuries) by the same people who – originally from the land of the fjords – recreated their cities on the shores of a warm sea, giving rise to what has been called the Mycenaean civilization. Therefore, trusting Homer and his seemingly “odd” geography, Vinci has located the original city of Troy in Finland, as Schliemann (motivated over a century ago by the same basic belief) has found it in the Dardanelles Strait, a “Mediterranean duplicate” of that same ancient city.

If Felice Vinci is right (and if he were a racing horse I would bet on him!) what we have here at play is a lot more than a “simple” (though important) literary discovery: we are talking here about the common roots of European civilization…